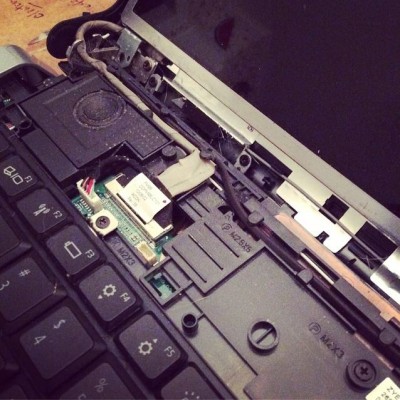 Had a Dell Studio 1558 come in today. When the customer called he was inquiring about a screen replacement estimate for the Dell. As he drops it off here, I turn laptop on screen is not cracked, it lit dim but the screen was completely blank – black with no graphics at all. Customer stated ...

Customer came in yesterday with a Asus G72Gz gaming laptop. Stated he believed his dc power jack had a short and was broken. Well it ended up not being the dc jack, but something else much more major. Customer then proceeded to tell me he left the house, left the laptop plugged in and came home later. Stating he thought there might of been a power surge while he was gone, laptop would not turn on.